Added to wishlistRemoved from wishlist 0
Add to compare

CronusMax Plus 2017 with Add On Pack 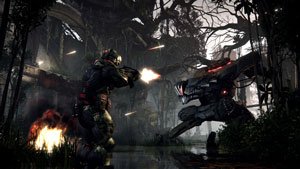 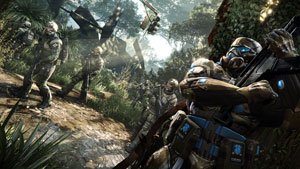 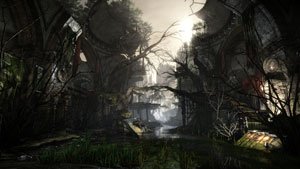 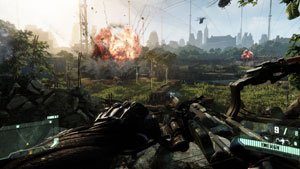 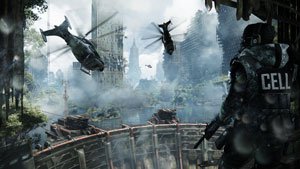 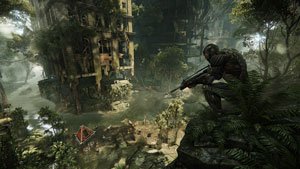 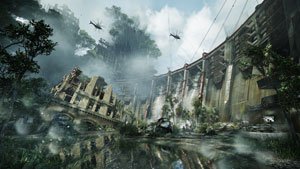 Suit up! Use the enhanced Nanosuit to assess, adapt, and attack every situation and experience tactical freedom in the premiere sandbox first-person shooter game. Master the power of the Nanosuit. Armour, speed, strength, and the ability to cloak are the ingredients of the most effective tactical combat armor ever created.

The hunt is on

Assume the role of Prophet in a campaign to save mankind against human and alien forces in the challenging environments of the NYC Liberty Dome. Hunt with your Nanosuit online in eight multiplayer modes including the new thrilling Hunter and fan favourite Crash Site modes. Wield the signature Nanosuit and advanced weaponry to take down your prey and prevent mankind’s extinction.

Cursed with visions of a catastrophic future for mankind, Prophet returns to New York City determined to battle the corrupt Cell Corporation and the alien Ceph. No longer the hunted, Crysis 3 arms players with high-tech weaponry including the upgraded signature Nanosuit, fantastic new alien weapons, and a new silent tactical, high-tech composite bow to become the deadliest hunter on the planet. Assess, adapt, and attack!

The Crysis 3 multiplayer features 12 open maps and eight different modes, including the thrilling new Hunter Mode and the return of fan favourite Crash Site. Choose your loadout, weapons, and Nanosuit upgrades carefully because your opponents will show no mercy. Multiplayer supports up to 16 players on PC and 12 on consoles.

A dangerous new world demands fearsome weapons like the new Predator Bow or the deadly Typhoon Projectile Minigun. If human technology doesn’t suit you, go for high-tech alien weaponry, including the devastating Ceph Plasma Destroyer or the merciless Reaper Cannon. The adaptive warfare of Crysis 3 demands unconventional weaponry. Adapt to any combat scenario utilising the Compound Bow, a powerful extension of the Nanosuit’s technological capabilities. Fight fire with 500 rounds fired each second with the Typhoon, the latest in military engineering. Carve a path out of anything using the extraterrestrial ordinance of the Ceph. In Crysis 3, the best tactical options are forged with customisable next-generation firepower.

A lethal, high-powered composite bow that can be fired while cloaked. This deadly bow can be equipped with multiple arrows ranging from explosive tips to electrically charged arrowheads.

Crytek’s proprietary CryEngine has long been pushing in-game action to new levels, and in Crysis 3 you can witness the latest stage in its evolution for yourself! CryEngine 3 unleashes the power of the Crytek creative team and provides the foundation to advance the state of the art and deliver a visually stunning and varied gameplay experience. So whether you’re marveling at the stop-and-stare graphics, experimenting with industry-leading physics, or making sandbox choices as you stalk your enemies, the latest iteration of the CryEngine will leave you reassessing your expectations for the next level of gaming!

CryEngine 3 allows for benchmark-setting graphical performance, near-photorealism in indoor and wide-open outdoor environments, and extraordinary real-time special effects. The level of detail provided in Crysis 3 will have you rethink what next-generation graphics really mean.

CryEngine 3 brings the most technically advanced character models to the Crysis franchise. From the hunter like movements of Prophet, to the exotic animations of the alien Ceph, you’ll experience astonishingly real characters in Crysis 3.

In Crysis 3, the technology behind CryEngine 3 is no croak. Real-time area lighting, realistic water, cloth, and vegetation simulations, top secret tessellated toad tech – all of this and more is achieved with CryEngine 3.

The CryEngine 3 renderer provides seamless support for the indoor and outdoor environments of the 7 Wonders in Crysis 3. From detailing the vegetation and decay of the urban jungles, to the beautiful water effects featured in the swamps and rivers of New York City, CryEngine 3 makes the environments come into reality.

The 7 Wonders of Crysis 3

One city, seven Wonders. What was once a bustling metropolis filled with streets and skyscrapers is now a lush urban rainforest, with seven distinct landscapes from raging rivers or dense swamplands to open fields or high canopies. Each of these Wonders offers unique terrain and new enemies, demanding new tactics as you become the ultimate hunter. Nature was able to adapt to the Liberty Dome – will you?

There are no reviews yet.

Buy product
About us

We Provide the best available products to buy online at great prices.

Best4sellers.com provides you best products for your Health & Fitness and updates you through daily news and blogs. All images are copyrighted to their respective owners. All content cited is derived from their respective sources.

Our website is modern all in one price comparison and review website that provides the best deals on amazon & updates you through daily news & articles.https://www.facebook.com/best4sellers7